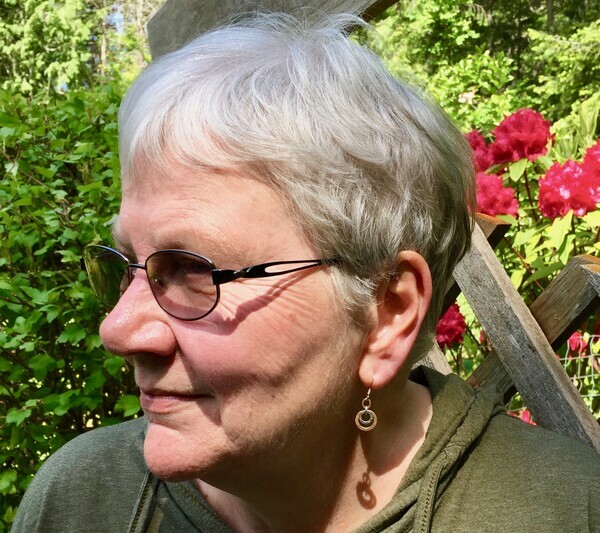 Clare has been working in watercolour for the last six years and is developing her style, which has been influenced by her Zen practice and her interest in Japanese art. The intuitive nature of her watercolours captures the essence of her subjects and encourages her to experiment with strong pigments and natural shapes created with the flow of the water. In her recent work, she has been influenced by the effects of extreme climate change throughout the world, and has completed two paintings entitled "Believe the Science I - Forest Wildfires" and "Believe the Science II - Melting Ice Rising Oceans". Her sumi-e brush painting is also an extension of her Zen practice and the symbol of the Japanese Enso is prominent in her artwork and is included in the title of her Enso Art Studio.

Clare has exhibited with Ptarmigan Art Gallery, Hope Bay, Pender Island,  the Pender Island Arts Society, the Sea Star Winery for the last two years with Monica Bennett (felt artist), Nancy Silo (ceramic artist) and Sandy Shreve (acrylic artist) and has also exhibited with Nancy Silo at Talisman Books and Gallery.  Her work has sold well here on Pender Island and in Oregon and California, with her latest piece depicting forest wildfire now hanging in the home of a Los Angeles resident whose property was recently threatened by the fires in her area.

Clare has studied Zen for the last eleven years with her teacher, Peter Levitt, on Salt Spring Island. On taking her Zen Buddhist vows in November 2015, Clare was given the Zen name of Kōya Shōsei (Open Field, Illuminating Vow). The calligraphy and seal that appear on her art pieces represents her Zen name and is an integral part of her artwork.